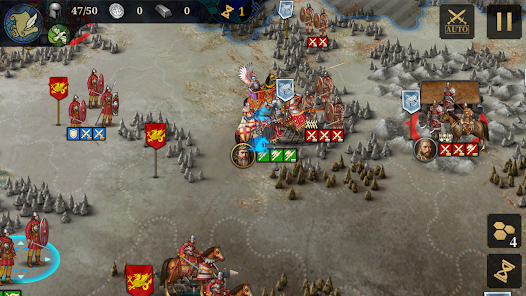 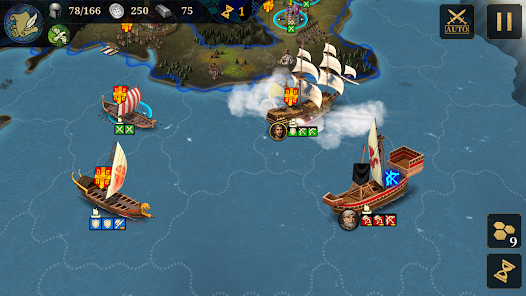 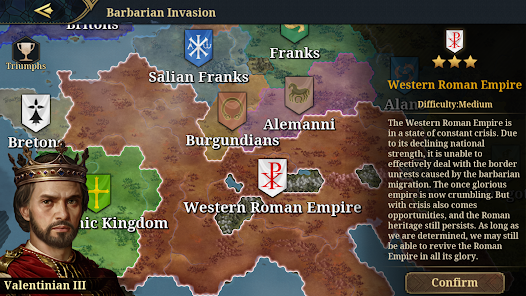 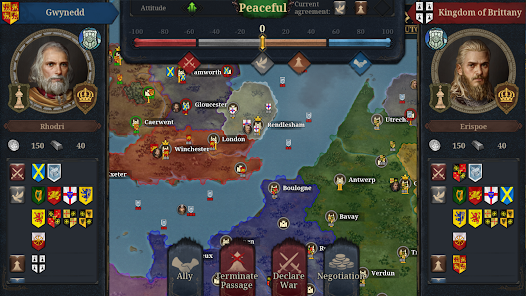 Become a resourceful general, feel the breathtaking battlefields, conquer the turbulent European continent and build your own empire.

Enjoy countless maneuvers and strategies in this war-game, experience the history of the Medieval Age and compose your own epic.

【Game Introduction】
The barbarians invade, the Roman Empire falls, the European continent suffers from continuous wars and enters the long period known as the Medieval Age.
Various forces emerge as the times require, the Vikings, the Britons, the Franks, the Holy Roman Empire… A new series of wars are coming.
Witness the heroic deeds and historical incidents among European countries across various battlefields!

【Game Features】
Appreciate the changes of the times through hundreds of battles.
14 chapters, over 120 famous campaigns, 150 countries and forces. Fascinating stories based on historical incidents, including Rise of Byzantium, Viking Invasion, Burning Crusade and Hundred Years' War bring you back to the war-ridden Medieval Age.

Experience the fights and struggles between countries in the Medieval Age.
In Barbarian Invasion, Rise of Byzantium, and Legend of the Vikings, multiple parties vie for the throne. European War, for the first time in its serious, adopts the diplomatic system in the conquest model featuring undetermined camps. Players can convince other parties to join the force via diplomacy method. Build cities to increase material output, research policies to change the direction of the country, change the consuls to get more tax revenue. The occurrence of historical events will affect the battlefield situation, and complete the mission to obtain battlefield rewards.

Hundreds of generals and distinctive armed forces are at your disposal.
There are over 150 generals, including Frederick I, Saladin and Beowulf. Become legendary commanders like Genghis Khan, Joan of Arc, Richard I, William Wallace and fight in the wars. More than 10 countries boast over 300 basic military forces, including more than 30 legendary units like Knights Templar, Knights Hospitaller and Teutonic Knights.

【Priceless Treasures】
Treasures of Pharaoh, John Lackland, Solomon and Knights Templar are waiting for you to explore.